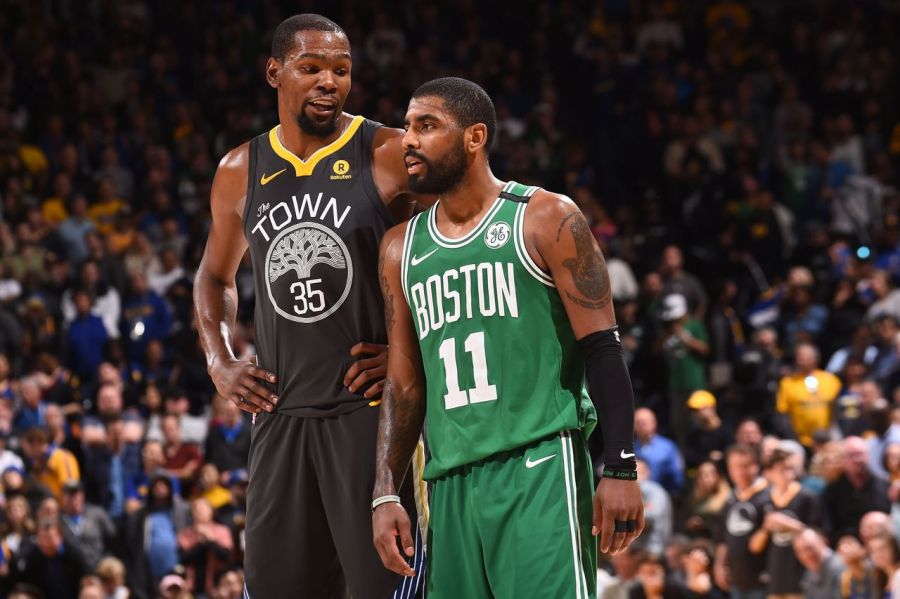 Imagine an offseason for a team that finished with a winning record for the first time in six years. Imagine that this is a team on the rise, whose top four scorers are all under 27 years old. Imagine this team is led by a most improved candidate at only 22 years old, a top-three bench scorer in the league at only 25 years old, and a three-point contest champion. Somehow, this team still has nearly $50 million to spend in one of the most hyped-up free agency classes in NBA history. This team in the Brooklyn Nets.

On the surface, I’m out of my mind. The Nets signed a four-time scoring champ, an NBA champion, and a guy who lead the league in rebounding for two years in a row. Seems like a lot of value right? WRONG! There always has to be a catch. Unfortunately, that four-time scoring champ tore his Achilles in the Finals and will miss the entire 2019-2020 campaign. To go along with their injured superstar, that former NBA champion is Kyrie Irving, who just so happens to be one of the worst people in the NBA. For more details on my Kyrie hatred, click here. And just to make matters worse, that rebounder I was talking about (Deandre Jordan) was salary dumped last season to the Nets’ crosstown rival: the New York Knicks. Despite his talent, not one contending team reached out to the Knicks looking to trade for Deandre.

So much could potentially go wrong for this team. Kevin Durant is notoriously one of the most sensitive players in NBA history. When given an entire season to sit the bench and rehab a major injury that has brought down NBA superstars, Kobe Bryant, and Demarcus Cousins in the past, Durant will have all the time in the world to scroll through Twitter and other social media apps and “get in his feelings.”

Not only will Durant be listening to the media, but he’ll be listening to potentially an even more hurtful source of criticism: his own teammate, Kyrie Irving. In the past, Kyrie Irving hasn’t been afraid to call out his teammates. Durant and Kyrie appear to have personalities that could potentially clash and destroy a franchise, but hey, we’re the Brooklyn Nets, what do we have to lose?

I’ll tell you what the Nets have to lose; the entire career of one of the best young centers in the NBA. In 80 games last season, Jarrett Allen averaged over ten points and eight rebounds per game, great stats for a young center on the rise. Unfortunately, in two years when he is officially broken out as a player, the Nets are going to have to worry about Deandre Jordan’s $20 million dollar contract instead of resigning their guy. Jordan’s long term deal is perhaps the worst signing of the entire offseason, as he doesn’t compliment the Nets’ current roster, and could also restrict them from resigning their actual talent in the future.