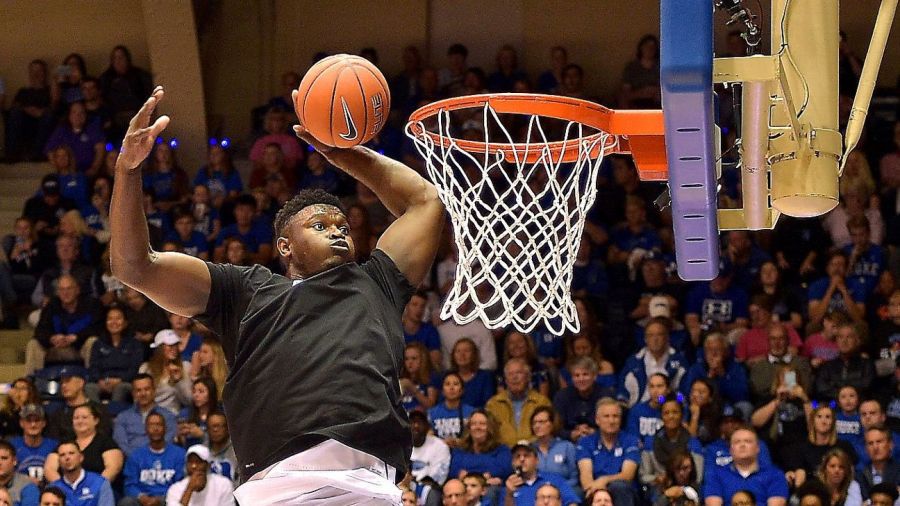 Overall, All-Star Saturday Night was once again a disappointment. Despite strong performances from Buddy Hield and Stephen Curry in the three-point contest, a relatively unknown white guy with a beard won the shootout. Jayson Tatum hit a halfcourt shot to win the Skills Contest and we only jumped out of our seats once during the dunk contest watching a guy who averages under five points per game complete a mediocre dunk over Shaquille O’Neal.

All-Star Saturday Night should be the night that attracts non-NBA fans to the game with extreme entertainment. Whether you’re a basketball fan or not, who doesn’t want to watch some of the most gifted athletes in the world show off their athleticism and creativity while jumping over three feet into the air? As the years go by, I guess a lot more people aren’t interested, as cable ratings for All-Star Saturday Night are down since last year.

Looking back at all of the most memorable Slam Dunk Contests, they all have something in common. In 1988, Michael Jordan jumped from the free throw line to defeat Dominique Wilkins. In 2000, Vince Carter “saved the contest” with an unbelievable win against his own cousin, Tracy McGrady. In 2008, Dwight Howard dubbed himself “Superman,” and defeated three-time champ, Nate Robinson. In 2011, Blake Griffin jumped over a Kia; maybe it wasn’t too technically impressive, but still. Finally, in 2016, Zach Lavine and Aaron Gordon went back and forth through three rounds of Dunk Contest overtime.

Looking back at all of these contests, they all have some element of star power. While Gerald Green’s “candle dunk” in 2008 or Jeremy Evans’ showcase of creativity in 2012 may have been physically more impressive than anything done in those contests, they won’t be remembered. Who cares about Hamidou Diallo jumping over Shaq? We want to see Zach Lavine, and Aaron Gordon, and Giannis Antetokounmpo jumping over Shaq. Next year, there is a strong possibility another legendary dunk contest ensues.

Prior to looking into potential contestants, we all must understand the event will take place in Chicago. If you think Michael Jordan won’t play some sort of a role on the court during all-star weekend, you’re wildly incorrect.

We also have to understand that Zach Lavine plays for the Bulls. It would be a huge disservice to not only Dunk Contest fans, but also his very own Bulls’ fans for him not to compete. Assuming Lavine competes in his third contest next year, rumor has it that Aaron Gordon is willing to rematch the two-time Dunk Contest champion.

Traditionally the winner from the prior year plays a role in next season’s dunk off, so it’s safe to say Hamidou Diallo has a spot if he wants it. Now, three-fourths of the field is set, and it appears the field is already shaping up to be legendary. It’s that fourth and final spot, however, that could bring the house down and skyrocket viewership through the roof. If Zion Williamson chooses to participate in next season’s dunk contest, it will be the greatest dunk contest of all-time.

Zach Lavine, Aaron Gordon, and Hamidou Diallo are all great; don’t get me wrong, but it’s also special to have some sort of a mystery in the contest. We have no idea what Zion is capable of. How high can he jump? Can he jump from the free throw line? Could he even jump from the three-point line? In an interview with USAToday, not only did Zion say he was unimpressed by his in-game 360 dunk against Clemson, but that “we’ve got to see [what a 10 looks like]. I can’t tell you yet.”

What is he waiting for? The 2020 Slam Dunk Contest in Chicago.