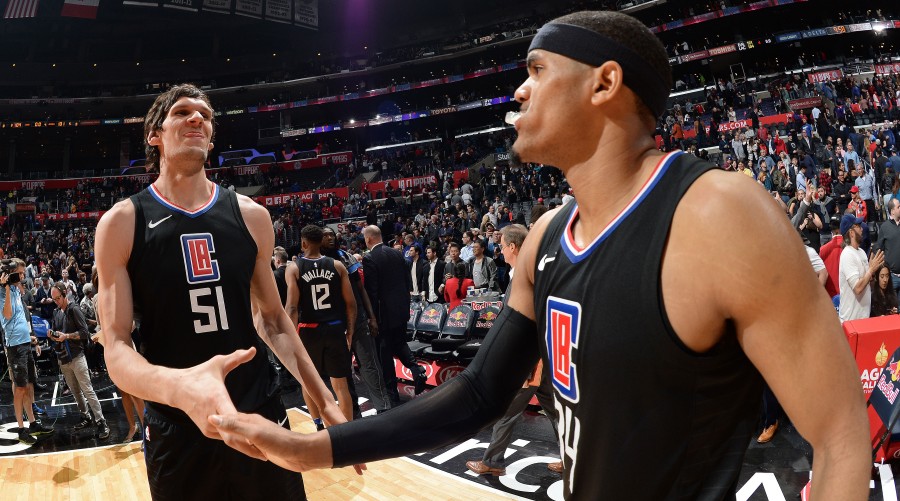 One moment, I’m thinking to myself, “the trade deadline has been pretty dry so far. Sure; Kristaps is a Maverick and Anthony Davis rumors have been teasing us for weeks, but there haven’t been that many completed trades to get excited over.”

Enter the Los Angeles Clippers and Philadelphia 76ers who just completed a trade that makes the entire NBA a better place.

Somehow, with just one trade between two teams, multiple NBA fanbases are jumping for joy right now. Let’s talk about each and every one of those fanbases and why they’re so excited.

While I am sure Clippers’ fans loved Tobias Harris, I think we can all be honest with each other in saying that he couldn’t lead a team to anything more than the eighth seed in the Western Conference. Not only did they acquire two potentially ridiculous draft picks in a couple seasons, but the Clippers also have officially entered themselves into the Anthony Davis sweepstakes with their newfound cap space. The reasons for Clippers’ fans to be happy are endless, this absolutely couldn’t go wrong.

Perhaps even easier to see than why Clippers’ fans are happy, the 76ers just acquired their fourth near-all-star to play alongside Ben Simmons, Joel Embiid, and Jimmy Butler. With J.J. Redick missing time recently, the Sixers’ lack of shooting has been exposed by the league. With the shooting and overall leadership abilities of Tobias Harris added into that lineup, the Raptors and the Bucks better start thinking about how they feel about second place.

While we can’t be sure if the Clippers are building for the near future or a future a little further out, we know they gave away their present to do so. The Sacramento Kings currently sit at the 9th seed in the Western Conference, only one game back on the Clippers. When the Clippers eventually fall out of the playoffs, the Kings could return to playoff basketball for the first time since 2006.

While it’s tough to say Lakers’ fans as a whole are excited from the trade (due to the possibility of Anthony Davis joining the Clippers), individual Lebron James fans should also be smiling from ear to ear right now. One of the only things Lebron James has on Michael Jordan is that he’s never missed the playoffs, while Jordan did his first couple seasons in the league. If Lebron were to miss the playoffs in the prime of his career, he would be torn apart by Jordan’s fan base. Only 1.5 games from the Kings, the Lakers still have a very serious shot at the playoffs too thanks to the Clippers.

Through all they’ve been through, originally traded together from the Pistons to the Clippers in return for Blake Griffin, Boban Marjanovic and Tobias Harris have become best friends, even creating their own T.V. show called Bobi + Tobi. That friendship is risen to yet another level, as they are (once again) traded together to an even better team that will certainly make some noise in the playoffs.