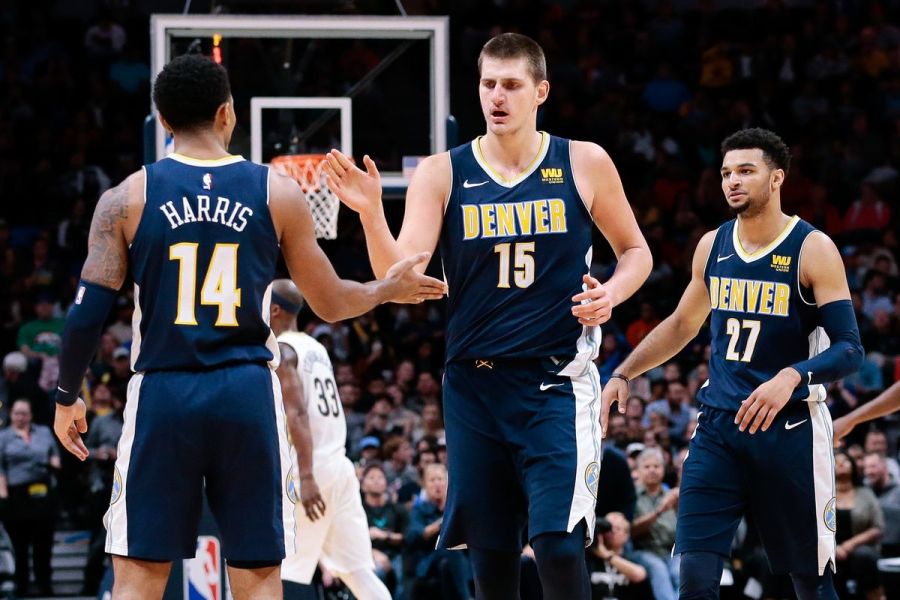 Bleacher Report recently released their top 25 players under the age of 25 for the upcoming NBA season. I have a history of disagreeing with all sports analysts and especially those of the most popular agencies: ESPN, NBA.com, Sports Illustrated, and Bleacher Report. Prior to last season, I compared my top 100 players to Sports Illustrated’s and ESPN’s in this article. Now, it’s time to disagree again.

The article has been under a lot of fire for leaving off a couple of key players. The one that really stood out to the public was Brooklyn Nets starting point guard, D’Angelo Russell. While Russell did make my final list, it was a lot tougher than I first anticipated. The NBA is younger and better than ever, and our lists justify that perfectly.

No one can question Giannis at number one. I personally believe that the Greek Freak is the third best player in the NBA following Lebron and Durant, so he’s a shoe-in for number one on my list.

Donovan Mitchell and Ben Simmons are a great debate to be had at number two, but for me, Mitchell edged Simmons out with his ridiculous playoff run. Simmons was more consistent throughout the 82-game season, but Mitchell took charge and lead when it was really needed.

Last season’s rookie of the year should be no lower on this list than three. Bleacher Report ranked Embiid above Simmons which is blasphemous. Ben Simmons lead the Sixers on offense, and Embiid is the perfect supporting piece.

Nikola Jokic and Joel Embiid are another ridiculously close group of players. What was hard for me to overlook, however, was that Jokic was the leader of the Nuggets on both sides of the floor, while Embiid only plays a supporting role on offense.

I may get some hate, but Embiid isn’t as special as we make him out to be. While his ball handling and playmaking his improving, he can’t lead an offense like the guys above him on this list, so I couldn’t find a way to rank him higher than the others.

Devin Booker has been gathering a lot of hate recently for his lack of winning in his first three seasons. What we all seem to forget, however, is that Booker already averaged 25 points per game at only 21 years old, and now has a dominant big man (Deandre Ayton) and three defensive-minded complementary wings (Mikal Bridges, Josh Jackson, Trevor Ariza) Look for Devin Booker to light up the league and raise some eyebrows this season.

Jayson Tatum may be a little overhyped by Celtics’ fans, but for good reason. At only 20 years old, Tatum already appears as one of the most mature players in the entire league. He never made “rookie mistakes” and should only get better with time. Next year the Celtics could be scary, and largely because of Tatum.

I was very surprised when I saw Towns ranked higher than Simmons and Mitchell. Towns was arguably not even the best player on his (barely) playoff team last season, and certainly wasn’t the leader on or off the court. Simmons and Mitchell each were, and honestly were just more productive players. Towns is a borderline liability on defense and doesn’t have the offensive skill set to make up for it. Sorry.

The best way I could describe Jaylen Brown is the perfect role player, which is exactly what the Celtics need of him. There’s no doubt in my mind that Brown could score 20+ anywhere else in the league, but he plays his role in Boston better than anyone else on this list.

Jamal Murray and Dennis Smith are very similar when it comes to playstyle and skill level; the only thing that puts Murray over the top for me is his ability to win in the past and his team. If you switch Murray and Smith, I think Murray would have no problem playing Smith’s role in Dallas, while DSJ may struggle in Denver.

That being said, Dennis Smith is one of the best young players in the league, and it is disrespectful to leave him off the top 25 entirely. Sure; maybe his shot selection is questionable, but give him some more time and he could be one of the best point guards in the whole NBA.

Another guy left off the list entirely, Kyle Kuzma is a flat-out scorer. He can score with the ball in his hands, in catch-and-shoot situations, in the post, on the fast break, in the midrange, and the three-point line. He’s the perfect man to play next to Lebron, and we’ll all see that this upcoming season.

If Porzingis could just be healthy for a long stretch of games, we may all be calling him the unicorn again. At well above seven feet with elite athleticism, a 40% three-point shot, and elite interior defense, what can’t this guy do? It’s unfortunate we won’t see him till February; otherwise, he’d be ranked much higher (probably around 6 or 7).

Lonzo Ball’s first season in the league was NOT bad. Maybe he isn’t the most polished scorer ever, but you can’t ignore his effort to get better, ridiculous playmaking, and versatility on each side of the floor. While Lebron James might not directly help him while on the court together, he’s going to learn so much from the King.

Gary Harris is the perfect shooting guard for 2018. He can shoot, dribble, and guard point guards through power forwards. What more could you ask for?

Personally, I don’t think Aaron Gordon will ever be a significant player on a championship contender. It isn’t that he’s selfish or lazy; he and winning just don’t get along. That being said, he has improved wildly every single year he’s been in the league, and there’s no reason he can’t average over 20 points per game this season.

Zach Lavine is another guy that would be higher up on this list if it weren’t for his injury history. While he may not have the potential of the rest of this list, Lavine has been playing professional basketball for four years, and you can tell on the court.

Deandre Ayton hasn’t played even one game professionally yet, but he still deserves a spot in the top 25. As a young, uber-athletic big man playing next to one of the best scorers in the NBA, Ayton could make a huge impact on both sides of the floor in his first season.

Lauri Markkanen is the centerpiece of the Chicago Bulls rebuild, and for great reason too. He can shoot, handle the ball, defend multiple positions, and his seven feet tall. Sound familiar? Markkanen very well could be the next Porzingis; let’s hope he can avoid the injuries.

I was shocked when I found out Marcus Smart was only 24, probably because he plays like he’s been in the league for 10+ years already. Despite barely averaging 10 points per game on 37% shooting, I would argue that Smart is one of the most important players on the Celtics for his versatility and toughness.

I don’t know how Lebron James is going to affect Brandon Ingram on the court. One side of me thinks the unlimited open shots is going to elevate his game; the other side thinks he’s going to be lost on offense without the ball in his hands and the freedom to make plays for himself. He needs to become a better shooter, and if he can do that, he could be Lebron’s new number two option.

John Collins is one of the most underrated players in the NBA and will play a prominent role for the Atlanta Hawks next season. Trae Young his known for his passing ability and John Collins is known for his ability to roll to the basket and finish inside. Look for Collins to be the focal point of this Hawks offense at times next season, and for his stats to reflect that.

D’Angelo Russell is the best player on his team; no questions asked. Anytime you’re a leader of a team (no matter how bad that team may be), you deserve respect. Russell is the number one scoring option for good reason.

I’m not going to go into why Trae Young is disrespected as being left off the list of honorable mentions right now. I’ll just link you to an article about how he and the Hawks could be the next dynasty.

I may not be the biggest of fans of Doncic for his lack of speed, but I can respect that he’ll have a great rookie season and will be one of the top 25 players under the age of 25. I just don’t see him as anything more than that.