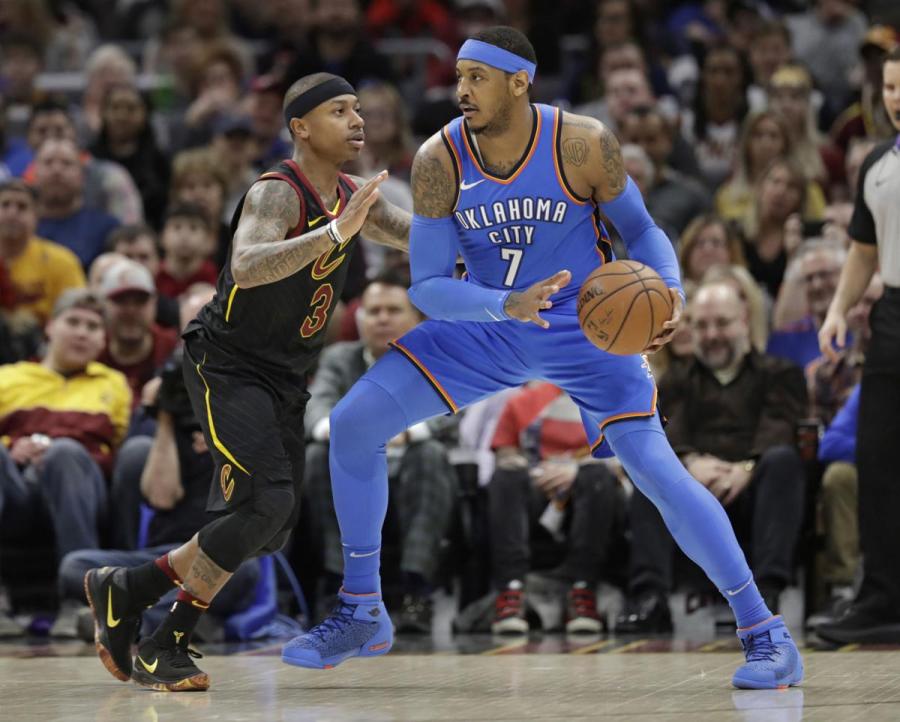 On May 20, 2017, I created this website. Exactly 365 days later, I’ve gotten views from thousands of NBA fans from 42 different countries. As you should easily see by reading my earlier articles, I’ve come a long way and clearly made some mistakes along the way.

I’m not Skip Bayless; I recognize when I make mistakes. Here are a few of the worst.

In my fourth article ever, I listed a few of the most underrated players in the NBA. Along with Marcus Smart, I was adamant that Melo could still be a huge piece on a championship team. While his season with the Thunder completely disproves that, here was my thought process.

Melo was and still is one of the best isolation scorers in the whole NBA. In my opinion, if he were to be traded to a rebuilding team lacking an identity like the Kings or Magic, he could become the old Melo again. Unfortunately, Melo’s lack of a jumpshot and excessive ego won’t allow him to play as an off-ball three-point shooter on a championship team. Melo is made to score, not shoot.

I wrote my article on the initial Kyrie Irving trade on August 22, yet I’m still receiving tweets calling me out for my stupidity. Trading Kyrie Irving for what seemed like a package of a small downgrade in Isaiah Thomas, one of the most efficient 3&D players on one of the cheapest contracts in Jae Crowder, and undoubtedly a top-3 pick in the draft was a no-brainer to me.

Clearly, that wasn’t how it worked out. Following the trades the Cavs made during the season, the complete trade was Kyrie Irving for Jordan Clarkson, Larry Nance Jr., Rodney Hood, and the eighth overall pick in the draft. The Celtics are currently up 2-1 on the Cleveland Cavaliers sans the two best players on their roster. With this trade, the Celtics created a dynasty; the Cavs killed one.

Honestly, I have no idea what I was talking about. John Wall was obviously a different player at the beginning of the season, but after watching the Wizards struggle to make the playoffs, I’m embarrassed to say that I believed they’d be a one seed.

My point was that the Cavs and Celtics would struggle early-on with their lack of experience playing with each other. With that being said, I gave the Raptors zero credit. I had no justifications for the Wizards being that dominant; I guess I just had a feeling.

With an article ranking the top 100 players in a sport, it’s impossible to be perfect. What you’re about to read, however, is mind-boggling. I ranked Dwyane Wade and Derrick Rose higher than Lamarcus Aldridge and Al Horford.

What was I thinking? I knew Wade and Rose were each a stretch for the top 50, but my personal bias took over. While Aldridge and Horford were each key pieces of playoff teams last year, that didn’t stop me from allowing two guys who could each retire this offseason ahead of them. I don’t know what I was thinking.