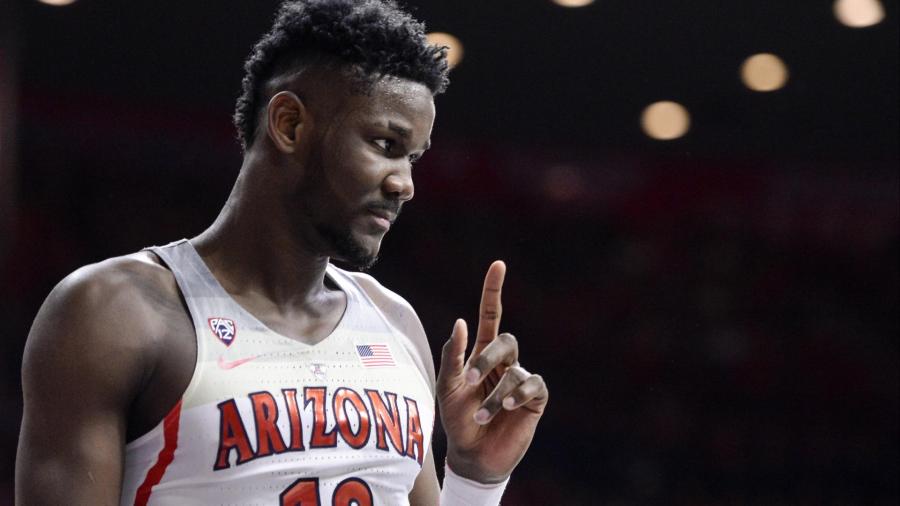 With the NBA lottery less than 24 hours away, the best time of the year for Kings’ fans is finally here. While the Kings have taken place in the past eleven draft lotteries and never landed the number one pick, fans of all lottery teams can remain hopeful, as we trust the lottery isn’t rigged (at least we hope).

The first overall pick has been given to the team with top odds every year since 2014, but anything can happen, so, what if your favorite team lands the first pick? Should they keep it, trade it for an established star, or trade down in the draft? All three strategies have their pros and cons; it just depends on the team.

It’s the Suns’ pick to lose, but historically, the odds are not on their side. Last year, the Suns held the second highest odds but managed to fall out of the top three, landing Josh Jackson with the fourth overall pick.

If the Suns get lucky this year, Deandre Ayton seems all but theirs. Ayton is widely considered the top prospect, and with Suns’ need a center, Ayton could continue his career playing in Arizona.

The Grizzlies haven’t participated in the draft lottery since 2010 where they selected Xavier Henry with the twelfth overall pick. We’re unaware if the Grizzlies intend to transform their current core into a contender by way of rebuild or retool, but either way, the decision doesn’t seem too tough.

Luke Doncic is destined to play in Memphis. While Ayton is labeled as a guaranteed superstar, the Grizzlies are in desperate need of wing help with Tyreke Evans on his way out. We aren’t entirely sure how to label Doncic; is he a point guard? Small forward? Either way, it doesn’t really matter. Doncic will light it up in all facets of the offensive game.

While the Mavericks may not have had the most luck in last year’s lottery, I’m sure they’re fine with the result of Dennis Smith Jr. with the ninth pick. Smith averaged more points than all of the top 6 picks and seems meant to become the next superstar in Dallas.

Especially if we throw Deandre Ayton into the picture for Dallas, their rebuild may not take as long as they expected it to. With the one-two punch of Dennis Smith and Harrison Barnes potentially dominating both sides of the floor in Dallas, Ayton adds another young, athletic, dynamic two-way player to learn from Dirk Nowitzki in his final years.

John Collins was a huge selection for the rebuilding Hawks in last years’ draft. With no expectations, Collins averaged ten points and seven rebounds while developing an underrated shot from three-point range. Would the selection of Deandre Ayton stunt Collins’ growth, or could the two bigs coexist?

In my opinion, Collins and Ayton would exceed next to each other, but with Luka Doncic also available, there’s no reason to risk it. Doncic fits perfectly next to Schroeder and Prince, as the young Hawks’ backcourt lacks scoring. The possibility of Luka Doncic-John Collins pick and roll seems too good to pass up to me.

Last season, the Magic selected Jonathan Isaac, a tweener with little scoring ability and too frail of a frame to play power forward. Even when considering his low expectations, Isaac severely disappointed, averaging five points in only 27 games. With a streak of disappointing selections in Isaac, Mario Hezonja, and Elfrid Payton the Magic are desperate to draft a sure superstar.

With the Magic’s doubts, they should select Deandre Ayton. While the Magic may have an overstacked frontcourt, playing Ayton next to Aaron Gordon creates endless possibilities. The Magic have time to build their backcourt and should focus on drafting the best player available until they have a direction.

In 2008, the Bulls jumped up from the ninth-best odds to win the lottery and select hometown hero and future NBA MVP, Derrick Rose. Last year, despite their lack of a lottery pick, they traded away all-star shooting guard, Jimmy Butler for the seventh overall pick who would be the very surprising Lauri Markkanen.

Honestly, the Bulls couldn’t go wrong with Ayton or Doncic. The team seems to be perfectly set up for either of them to join, almost to the point where I would consider trading down to the second pick and selecting who was not taken first. The Bulls could add another young asset or a future pick to go along with their already rising core.

Historically, the Kings don’t have the best luck on draft night. Last season, they selected De’Aaron Fox, Justin Jackson, and Harry Giles all in the first round. Fox and Jackson each disappointed, and Giles sat out the season due to injury. With many young players in the backcourt and frontcourt, neither Doncic or Ayton make sense.

The Kings need to trade down. Michael Porter Jr. is the perfect fit in Sacramento. With Fox, Bogdanovic, and Hield filling out the guard spots, and Cauley-Stein, Labissiere, and potentially Giles filling out the frontcourt, the Kings need a centerpiece small forward. I wouldn’t mind a reach for Porter with the first pick, but most mocks don’t see him going till after the top-3, so they have a chance for some extra value.

The Cavs lit up the NBA trade market last summer, trading Kyrie Irving in return for Isaiah Thomas and the Brooklyn Nets’ first-round pick. With Thomas already gone, can the Cavs make the most of their mistake with a future star in the draft?

If Luka Doncic is available, they might. The Cavs shouldn’t waste their time trading for veterans. It’s clear they’re not on the Warriors’ level, and probably never will be. Whether Lebron stays or leaves, Doncic creates a building block for the future in Cleveland.

In 2015, the New York Knicks received a blessing in disguise when they fell from the second to the fourth pick. Phil Jackson had his heart set on Jahlil Okafor, who is now riding the bench on one of the worst teams in the league. The Knicks had to “settle” on Latvian forward, Kristaps Porzingis. The rest is history.

The Knicks could receive another European blessing this draft night. A two-man game between Luka Doncic and Kristaps Porzingis could create one of the best young cores in the NBA. Enes Kanter is happy playing in New York for the time being, so Ayton isn’t necessary.

If the 76ers somehow manage to land the number one pick for the third time in the past three years while also making it to the second round of the playoffs, everyone better start to trust the process. With Joel Embiid and Ben Simmons already dominating the NBA at 24 and 21 respectively, they’re only going up from here.

The addition of Luka Doncic could be the start of one of the best teams in NBA history. Imagine this lineup next year in Philly: Ben Simmons, Luka Doncic, Lebron James, Dario Saric, and Joel Embiid. That’s four rising stars all under 25 years old, all surrounding the best player in NBA history. I’m scared.

Last year, the Hornets seemed to get the steal of the draft, selecting Malik Monk with the eleventh overall pick. In most mocks, Monk was listed in the 6-10 range, and everyone expected he and Kemba do dominate the offensive side of the ball together. Unfortunately, Monk averaged under seven points per game, creating a remaining hole at the two-guard spot.

In my opinion, the Hornets are still capable of a playoff berth next season. With a core of Kemba and Dwight Howard, the Hornets have their fair share of playoff experience. Adding in a scoring threat like Luka Doncic to play the role that Malik Monk was supposed to last year, only adds to the potential of Michael Jordan’s team.

With the Clippers holding the twelfth and thirteenth best odds at the first pick, their chances are higher than you might think. The Clippers also seem to be lacking direction. They have a good group of scoring threats in Tobias Harris, Lou Williams, Danilo Gallinari, and Austin Rivers, all surrounding the impending free agency of Deandre Jordan.

In my opinion, the Clippers should move on from one Deandre, and replace him with another. That’s right; Ayton’s defensive abilities closely imitate those of Jordan’s. He also adds the ability to stretch the floor on offense, something the first Deandre was and never will be able to provide.

The Denver Nuggets have one of the best young cores in the NBA. Nikola Jokic, Jamal Murray, and Gary Harris make up the Nuggets future. While Paul Millsap was the Nuggets attempt at bringing in a superstar free agent, it wasn’t successful.

The Nuggets need to trade this pick for a star. It doesn’t matter who. If the Spurs would be willing to take a package of Millsap and the first overall pick for Leonard, you should try that. If the Raptors or Trail Blazers would be willing to part ways with half of one of their backcourts, get in that conversation. The Nuggets are one “it” factor away from seriously challenging the best teams in the West. The first pick could help them tremendously.