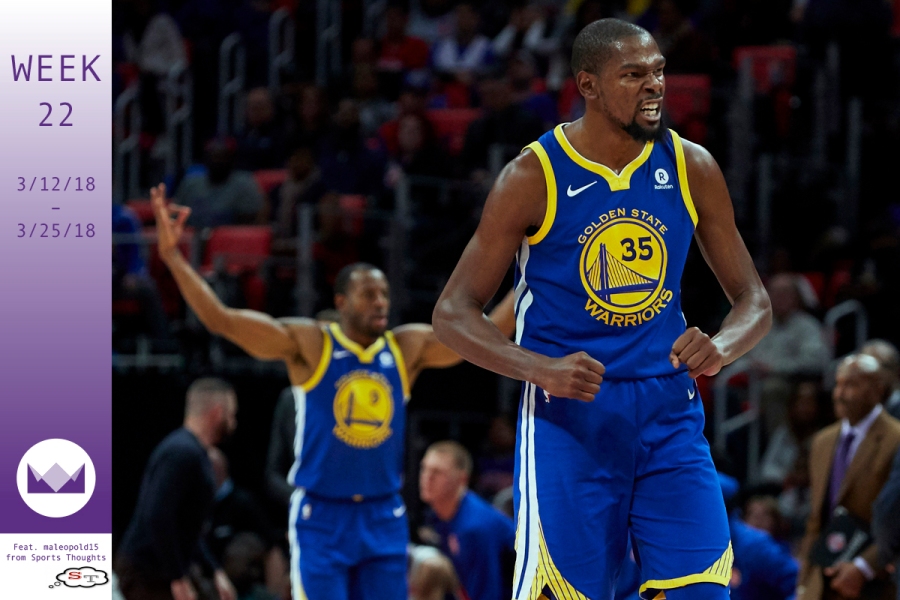 I won three out of the five statistical categories, so I won week twenty-one

Me: James Harden
I’ve gotten a little tired of playing the same guys every single week at the same spots, so to mix it up, I’m going to continue to utilize the versatility of some players at different spots. Harden’s scoring at the point guard position is unmatchable; not putting him in your lineup would be blasphomous.

You know the drill.
Me: Demar DeRozan
With rumors that Demar DeRozan had entered the MVP conversation just a few days ago, he should be a safe pick week in and week out. Unfortunately, his inconsistencies are at an all-time high. One game after dethroning the Houston Rockets and two games after dropping 42 points on the Detroit Pistons, DeRozan had a measley 9 points on 25% shooting against the Knicks. With four games against less than stellar opponents next week, hopefully DeRozan returns to MVP form.

You know the- Look. I know I keep picking the same people every week but my hands are tied. Harden is the MVP at the moment, Durant is a defensive beast and he still scores in bunches, aaaand…

While James Harden may already have the MVP locked up, Lebron is still probably my favorite fantasy pick. His production of points, rebounds, and assists are still probably the best all-around in the entire league. Nothing new, but still very efficient.

He is another all-around talent who commands the ball in the paint. Offense, defense, you name it and Davis does it. While my lineup is unchanged to this point, everyone is very well-rounded and I like that for this competition.

Me: Kevin Durant
With Stephen Curry out with an ankle injury, expect Kevin Durant to carry the Golden State Warriors over the next couple of games. While it may be indefinite how long the star point guard will be out for, it’s safe to say that the Warriors will be pretty hesitant with his return. Luckily they have another top five basketball player in the world to carry them in his absense.

My only difference from last week is KAT. With Jimmy Butler done for the season, someone needs to step up for the Timberwolves, so why not the big man down low? I know I’ll take a small hit off the glass, but I think KAT’s balance outweighs the loss.

Anthony Davis has been in my lineup for probably the past 5 weeks, to be honest. It’s crazy to think that I used to think he was overrated. Now over the age of 25, Davis should continue to dominate the sport of basketball with triple doubles with blocks, fourty point games, and singlehandedly leading one of the worst supporting casts in the NBA to the playoffs.