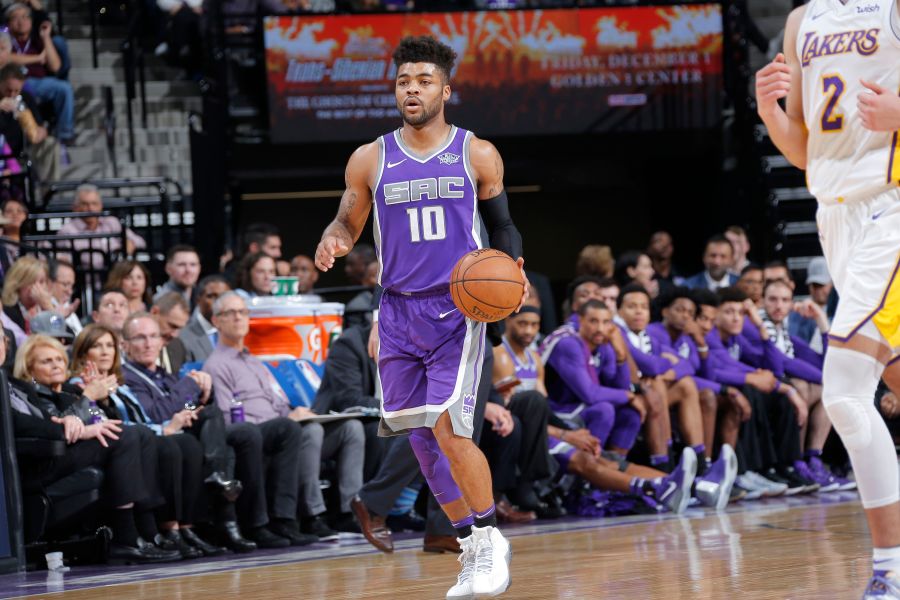 DISCLAIMER: I’ve been a huge Frank Mason fan ever since his time at Kansas, and never believed too heavily in De’Aaron Fox, so while this may seem biased, I have facts to back up all of my opinions. For more information on the two players, you can read

De’Aaron Fox averaged 16.7 points and 4.6 assists in his last season at Kentucky. Frank Mason averaged 20.9 points and 5.2 assists, along with winning both the Naismith and Wooden awards in his last season at Kansas. In all facets of the game, Frank Mason seems to be the dominant player. In the draft, however, De’Aaron Fox was the fifth player selected, and Frank Mason was the thirty-fourth player selected.

I understand that Fox was supposed to have a “higher ceiling” than Mason and that stats can’t explain everything, but we’re talking about 29 picks separating two of the best players in college basketball.

Without even mentioning the fact that Frank Mason has a higher offensive rating, defensive rating, true shooting percentage, three-point percentage, assist/turnover ratio, and many other stats that you’ve never heard of, he is clearly the statistically dominant guard.

Don’t get me wrong. De’Aaron Fox very well could be the fastest player in the NBA and that definitely does hold value. He also may outsize Frank Mason pretty significantly. Most importantly, however, he holds a much “higher ceiling” than Frank Mason.

By no means am I an NBA scout; In fact, I haven’t played in an organized five on five basketball game since I was eight years old, so maybe that’s why I don’t know what a “higher ceiling” actually is. It’s not like these draft analysts can go to the future and return with information about a player. They are all simply making guesses by their best judgment, just like you or I would do. The only difference is, they’re paid to guess.

While I may not be paid to guess like they are, I still want my thoughts to be known. Prior to the draft, I called into a Cowbell Kingdom stream, trying to figure out what exactly the so-called experts thought about De’Aaron Fox. You can watch the conversation on the following youtube video from 58:00 to 1:04:00.

I already wrote about my points made in the call, and everything I said seems to be perfectly reflected almost halfway through his first season. You can use the following link to read about my ideas prior to the draft.

Without going to in depth with my Frank Ntilikina analysis, De’Aaron Fox has been an underwhelming playmaker for the most part, and (as advertised) an inferior three-point shooter, shooting far below 30% from three.

I also spoke on the potential I saw from Frank Mason prior to the draft.

Unlike De’Aaron Fox, Frank Mason has greatly exceeded expectations this season. As an early second round pick, Mason is the fourteenth highest scoring rookie in the NBA, playing fewer minutes than all of the thirteen rookies in front of him. There’s more than just scoring with Frank Mason, however.

Perhaps the most overlooked piece of his game is his basketball IQ on both sides of the floor. Using the Phoenix Suns’ game played on December 29th as an example, Frank Mason constantly switched on to volume scorer Devin Booker down the stretch of the game. Even with 24 points scored, Booker shot 36%.

Obviously, one game can’t explain to you a player’s full defensive potential, but I see Frank Mason has an amazing opportune defender, meaning that he can take advantage of certain plays. For example, he’s not afraid to take risks on defense like reaching or playing off on non-shooters, similar to how Rajon Rondo is on defense. De’Aaron Fox hasn’t been bad on defense, but he certainly isn’t to the level of Frank Mason.

One thought on “Frank Mason or De’Aaron Fox?”