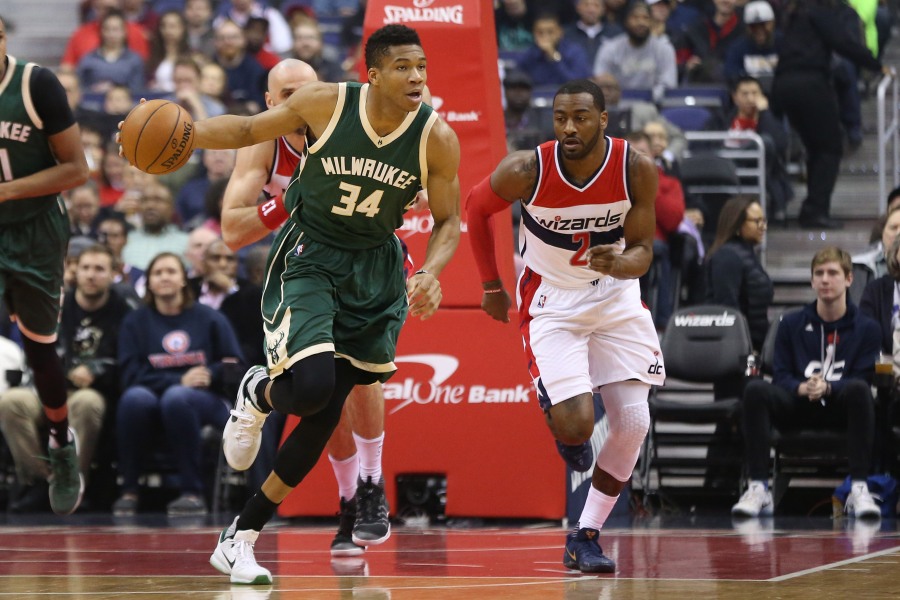 DISCLAIMER: THIS WAS WRITTEN PRIOR TO OPENING NIGHT (SO INJURIES ARE NOT TAKEN INTO CONSIDERATION)

This offseason was wild. We saw many players shift from the eastern conference to the west like Jimmy Butler, Paul George, Carmelo Anthony, and Paul Millsap. With all of these changes, the playoff standings are sure to change as well. Here’s what I believe will happen, with a short explanation to go along with each team.

Initially, you may be looking at this thinking I’m crazy. When you really break it down though, it makes a lot of sense. The Celtics and Cavaliers obviously have the most talent in the eastern conference, yet they lack chemistry and experience playing with each other. That being said, the Wizards have been constantly improving. Look for John Wall to be a dark horse MVP candidate and Bradley Beal to have a breakout season.

Though they make experience some difficulties out of the gates, the Cavaliers still have possibly the greatest player to ever hold a basketball: Lebron James. While Lebron James’ lead teams usually don’t play to their full potential during the regular season, Lebron is reenergized by a new group of players in Cleveland.

Everyone seems to have forgotten about the Toronto Raptors. Just two years ago, Demar DeRozan and Kyle Lowry put up a pretty good fight against the Cleveland Cavaliers in the conference finals. Since then, they acquired the perfect modern-day power forward in Serge Ibaka, along with a slew of three-point shooters and defenders. If the players actually buy into Dwane Casey’s new system of ball movement, the Raptors could break out once again in a weak eastern conference.

While they may have the talent, the Celtics are lacking quite possibly the most important part of a basketball team: chemistry. I’m not saying Kyrie Irving and Gordon Hayward dislike each other; They’re just not comfortable with each other on the court yet. With only four returning players (one returning starter), the Celtics are bound to struggle early on.

The Bucks have Giannis Antetokounmpo. Therefore, they create mismatches everywhere on the floor. He is literally unguardable.

After the top five teams, all my confidence in predicting flies out the window. I could literally imagine the last ten teams finishing in any order. In my eyes though, Dwight Howard and Kemba Walker are literally made to play together. While Kemba breaks down the defense with his tight handle and elite jumpshot, Dwight Howard can create space for him inside using his size and strength. I still believe in Dwight.

How could you not root for the Heat in the midst of their crazy run last year? Important shots came from the most unlikely places like Dion Waiters and James Johnson. With their core player’s improvements last season along with one more year of chemistry, the Heat will most likely lock up a playoff spot this season.

You wouldn’t usually expect a team of this many first and second year players to make the playoffs. That’s what makes the Sixers so special. Their additions of J.J. Redick and Amir Johnson give them just enough help from veterans to stay afloat. If Joel Embiid manages to will his team to the playoffs this year, who knows how good they could be in the future.

Over the past few years, the Nets were one of the most inferior teams in all of sports. Luckily for them, they seem to finally have a direction. Coach, Kenny Atkinson runs a system that depends heavily on three-point shooting and ball movement. Despite their roster’s lack of talent, it was built perfectly to fit in with Coach Atkinson’s futuristic theme.

After surprising the world, making the playoffs two years ago, the Pistons have seen absolutely no improvement. Reggie Jackson lost his playmaking abilities, Andre Drummond still can’t shoot or post-up, and as a whole, they are still a poor three-point shooting team. Sorry Pistons’ fans; This isn’t your year.

The Pacers have a pretty solid bunch of athletic guards in Darren Collison, Victor Oladipo, Cory Joseph, and Glenn Robinson III. Myles Turner looks like he could be an all-star one day, but other than that, the Pacers will struggle on both sides of the floor.

While the Hawks may lack talent, they still have the foundation of a good team. They have some good shooting, defense, rebounding and even ball-handling team leader in Dennis Schroder. I’m not saying they have playoff aspirations, but they shouldn’t be too bad.

Kristaps Porzingis may be a game-changing player, but he probably won’t make too much of a winning impact yet. After Porzingis the Knicks have Tim Hardaway Jr., Enes Kanter, and Doug McDermott, three players who lack defensive abilities. The Knicks are going to have a really tough time stopping some of the top teams in the eastern conference.

The Bulls will struggle this year, no question about it. Especially with Zach Lavine injured, they’re going to depend heavily on Kris Dunn who already looks like a bust. Robin Lopez is still a capable center, but the Bulls seem to be in full rebuild mode now.

Even though the Magic may not be the worst, it seems like they don’t really have a direction. They’ve had the same team the past few years and their progression is beginning to bore me. While my projections have no impact on them, I did this to punish them in a way.