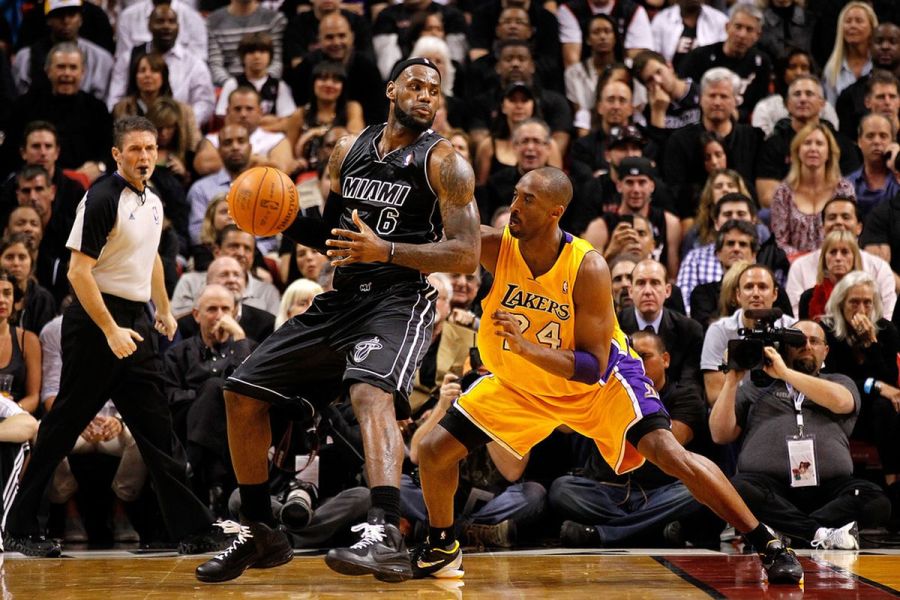 Michael Jordan is widely known as the greatest basketball player of all time. Whether he actually is or not, the six-time champion had some interesting takes on the Kobe Bryant-Lebron James rivalry. When asked who was better, Jordan responded, “There’s something about five that beats three.” If you know anything about basketball, you can obviously tell that MJ is talking about the number of rings won by each player. Even though five is indeed greater than three, Jordan’s argument is flawed.

How much do championships matter?

This is honestly one of the most heated debates in sports. How much do championships matter when comparing two players? Fortunately, that question doesn’t hold a definitive answer, so people are still free to argue that their favorite player is superior to yours.

My opinion on the matter is rather unpopular, especially when talking to fans of Kobe Bryant and Michael Jordan. Yep; You guessed it. Championships don’t matter when comparing two individual players. Like Tracy McGrady says, “Anybody can win a championship. Everybody can’t get in the Hall of Fame.”

Let’s say Jordan completely disregards everything I said above and decides that championships really are the superior deciding factor for who the best player in the world is. Whether he’s wrong or not, there is still a great chance that Lebron could have multiple more chances to win rings. Unfortunately for Kobe, he is officially retired and does not have that opportunity.

Lebron James is 32 years old entering his fifteenth NBA season. There are rumors of a potential team-up of Carmelo Anthony, Chris Paul, Dwyane Wade, and of course, Lebron James in the upcoming 2018 offseason. With a squad like that, the Warriors could be in trouble along with Kobe Bryant’s legacy. Even if that never occurs, could you imagine a 44-year-old Lebron James trying to hang on one more year to get that fifth, sixth, seventh, etc. ring to either match or pass Jordan? I think I could.

Jordan may not have mentioned Lebron’s losing finals record in his argument, but the rest of the world will never let the star live a day without constant 3-5 mocking. This, to me, is by far the worst argument possible.For now, let’s compare Lebron James’ and Steph Curry’s finals records.

For the sake of the argument, let’s compare Lebron James’ and Dwyane Wade’s finals records. Lebron James is currently 3-5 all-time in the finals while Dwyane Wade is 3-2. What’s crazy to me is that there are actually people saying that Wade’s record is more impressive because he wins a higher percentage of the time when he makes it to the finals. That’s what makes this argument ridiculous; only WHEN he makes. In the same amount of years, Lebron has three more finals appearances that Wade yet he has won the same amount.

Would you rather your team make the finals and lose or be eliminated in the first round? Obviously making it to the finals and losing is much more impressive than not making it, so how can three lost appearances hurt your resume?

If you couldn’t already tell, I obviously believe Lebron James is the better player. Personally, I believe Lebron is actually superior to Jordan as well, but that’s another story.