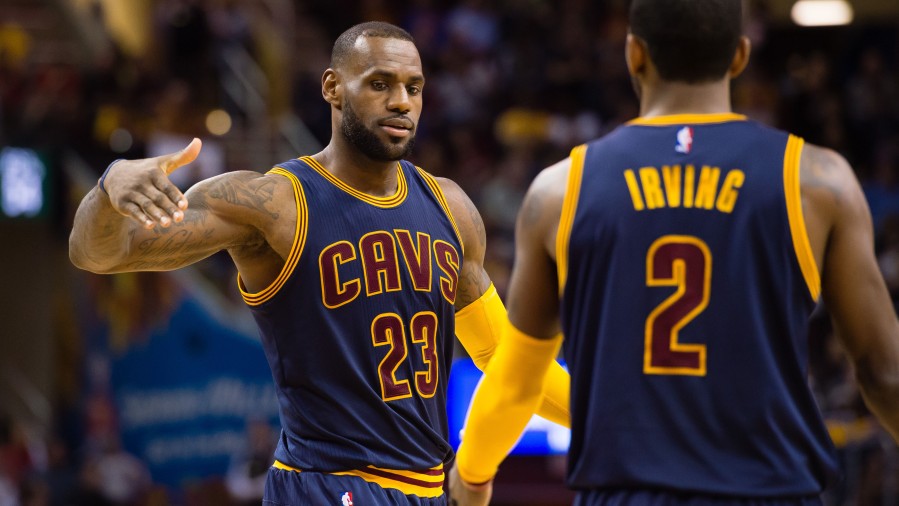 As if this offseason hasn’t already been wild enough, there were rumors earlier on about Lebron James potentially leaving Cleveland in the 2018 offseason. Now that Kyrie Irving has demanded a trade, this alleged rumor seems to be a possibility.

I may be a minority, but I don’t think Lebron James will be a Cavalier past next offseason. All of the pieces have fallen into place perfectly for him to leave, and if you take a look at the big picture, there isn’t a real reason for him to stay.

Kyrie Irving demanded a trade from the Cleveland Cavaliers for not wanting to play with Lebron James. He feels that he should be the number one option on his team. From numerous sources, Lebron feels betrayed by Kyrie and definitely isn’t happy. The interesting thing is, however, that he isn’t trying very hard to keep Kyrie happy. According to Brian Windhorst of ESPN, “LeBron James intends to let the Cleveland Cavaliers front office and owner Dan Gilbert take the lead in dealing with Kyrie Irving’s trade demands.” This isn’t like Lebron, as he is always in the center of every move his team makes. That leads me right into my next point.

Every single year, Lebron James recruits players to whatever team he is playing for. Whether it was Chris Bosh, Ray Allen, or Kevin Love, Lebron always tries his hardest in free agency to bring talent to his team. Do you notice anything different this year? Jeff Green is the best player the Cavs have acquired via free agency.

The only thing this tells me is that Lebron isn’t dedicated to helping the Cavs. This should be his most active offseason yet. He should be trying to put together a “superteam” to take down the Warriors. Instead, Lebron James seems much more worried with his impending free agency in 2018.

When the idea of putting Chris Paul, Carmelo Anthony, Dwyane Wade, and (of course) Lebron James all on the same team first came up last year, many thought of it as a joke. That might not be the case anymore. The four aging stars all are on expiring contracts (Lebron James and Carmelo Anthony have player options) and could team up as early as next season. At least two or three of them would have to be willing to take a pay-cut, but I could imagine a world where this actually happens.

The Lakers are in a prime spot to make this happen. Their two young star players (Brandon Ingram and Lonzo Ball) are each on their rookie contracts and won’t make big money for the next couple years. Brook Lopez is expiring next offseason, and Luol Deng and Jordan Clarkson could easily be dumped. If the Lakers play their cards right, they could be walking into the next season with Lonzo Ball, Brandon Ingram, Carmelo Anthony, Dwyane Wade, and Lebron James. Who knows? It might be crazy enough to work.