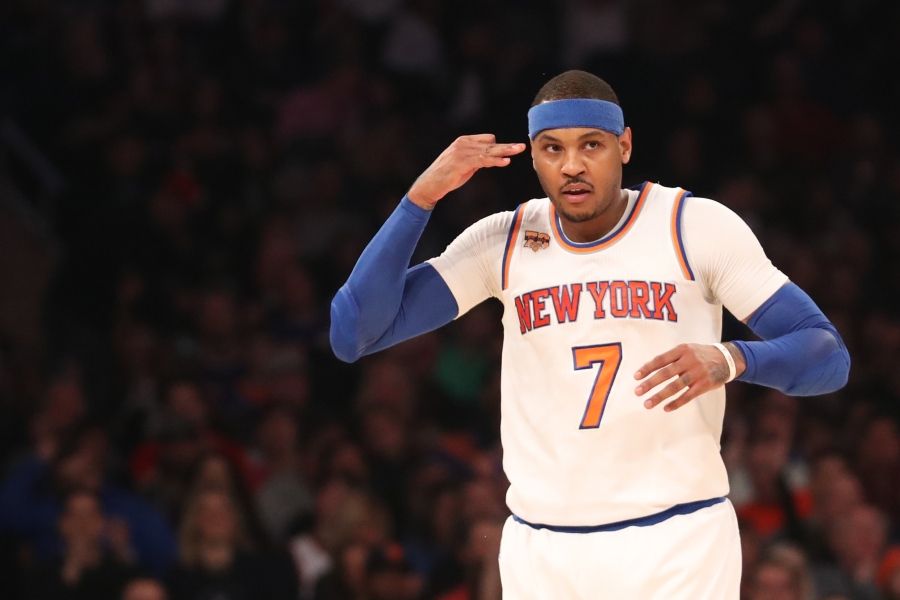 I’m not going to lie. I was delaying making this article to the point where I hoped Melo was going to be traded before making it. Unfortunately, a trade still hasn’t gone down. As you should know, I believe Carmelo Anthony is one of the most underrated players in the league and can still potentially lead a team to a championship.

Carmelo Anthony to the Houston Rockets

This has been perhaps the most rumored trade of the offseason. Especially after the Rockets acquired Chris Paul from the Clippers, they believe they have the pieces to create a “superteam” that can potentially compete with the Warriors.

This helps all the teams involved. The Knicks are receiving Maurice Harkless and a first round pick to surround Kristaps Porzingis with. They also have Trevor Ariza and Ed Davis who are both on expiring contracts and could be valuable trade pieces at the deadline. The Rockets are obviously acquiring Carmelo Anthony and Trail Blazers are acquiring some extra shooting that they desperately need to surround Damian Lillard and C.J. McCollum with.

Carmelo Anthony to the Cleveland Cavaliers

I’ve already made a trade in the last article involving Kyrie Irving. This trade will be a scenario that doesn’t have anything to do with Kyrie Irving. If you want to check out the article from yesterday, the link is: https://916kingscourt.wordpress.com/2017/07/22/kyrie-irving-requests-a-trade-possible-scenarios/

The Cavs are basically throwing the kitchen sink at the Knicks. This would probably only happen if all the other trades on this list fall through, but it still definitely does help the Knicks future somewhat.

Carmelo Anthony to the Trail Blazers

This is an interesting move that has popped up in the past couple days. Nobody can tell for sure if Carmelo would actually waive his no-trade clause for the Blazers, but Damian Lillard and C.J. McCollum have each been heavily recruiting him to Portland.

Maurice Harkless and Noah Vonleh each look like they have potential to be starters and the 2018 first round pick is pretty good. Meyers Leonard is one of the worst players in the NBA but it makes the salaries work. The Blazers would definitely win this trade, but like I said, this could happen if the Rockets eventually pull out. The Blazers could throw in some extra first round picks to make the offer a little more enticing.

This offer hasn’t been rumored at all. If Lebron is serious about creating the “Banana Boat Squad” for real though, L.A. might be the perfect place. There have been rumors about Lebron potentially leaving Cleveland next year in free agency, so Los Angeles could jumpstart his plans early acquiring Carmelo.

Jordan Clarkson isn’t going to make a huge impact next year with Lonzo Ball and Kentavious Caldwell-Pope both in Los Angeles now. Luol Deng is basically a salary dump. One first round pick makes up for Carmelo Anthony, the other is for the Knicks to take Luol Deng.