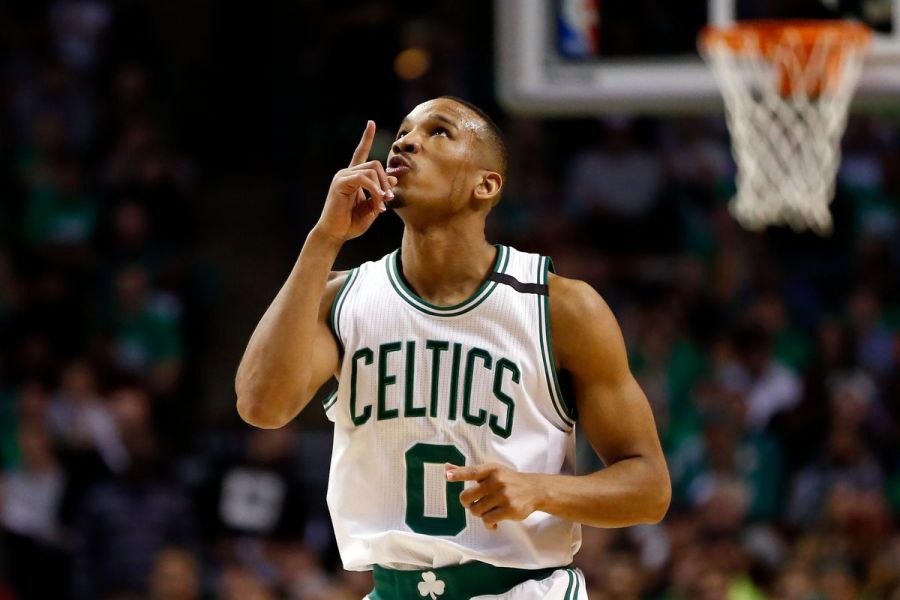 I wasn’t able to react to day eight of NBA free agency, so today I will bring together two days. I also missed a couple of trades from a couple days prior so today will be a catch-up day. All moves made that I haven’t reported yet, will be talked about in this article.

Josh McRoberts and a second round pick to the Dallas Mavericks for A.J Hammons to the Miami Heat

Josh McRoberts has struggled to say on the floor these past couple years playing in Miami. He has only played in 83 games in the past three years combined. Prior to these injuries, he was a solid role player who could do everything on the court. He can shoot threes, drive to the hoop, be a playmaking threat, and is an average rebounder.

A.J. Hammons struggled to find consistent playing time on a team that was loaded at the center position. He seems to be somewhat of stretch five who can also rebound very well. We still haven’t seen enough of his game to see what he can be, but as a backup to Hassan Whiteside, he can be a solid role player on a team on the brink of the playoffs.

In my opinion, the Dallas Mavericks won this trade. Even with McRoberts’ injuries, he is still most likely a better player than A.J. Hammons will ever be. They also get a second round pick for free in the trade.

Justin Hamilton was a breakout player last year in Brooklyn. He scored very well for a backup center and was an average defender and rebounder. He was a streaky shooter and is an above average backup center, something that the Raptors desperately need after Jakob Poeltl disappointed in his rookie season.

Demarre Carroll was actually one of my favorite players when I first started watching the NBA. Despite his unfortunate injuries, he is still a quality shooter and defender. Every team needs a guy like that. The season after next, he could potentially be a valuable piece at the trade deadline to a contending team.

In my opinion, the Nets won this trade. In the end, they gave up a guy who probably wouldn’t even spend two more years in Brooklyn in return for a great role player and two picks. The Nets are needing picks desperately, and picking up Demarre Carroll’s contract is a fair price to pay.

C.J. Miles to the Toronto Raptors for Cory Joseph to the Indiana Pacers

C.J. Miles was obviously not happy in Indiana last season. He and Paul George were constantly upset with each other during their short playoff run, he got limited minutes, and he wasn’t a priority for the Pacers. After the Raptors trade Carroll, they replaced him with a guy who plays the same role for much cheaper. He should fit perfectly in the Raptor’s starting lineup, and I could imagine him in the conversation for most improved player next year.

Cory Joseph is a minority in the NBA. He was drafted by the San Antonio Spurs and hasn’t turned into a superstar. That being said, he is a great scorer off the bench and has the potential to be the starting point guard of the Indiana Pacers once newly acquired Darren Collison’s contract is up.

In my opinion, the Raptors won this trade. It was a straight-up trade that didn’t have much to do with cap space, so the Raptors won because they got the better player. He will fit better in Toronto than Cory Joseph did.

Marcus Morris is a great defender and scorer who can play both forward positions. He’s averaged five rebounds in both of his last two seasons with the Pistons and is apparently the most efficient in the league at defending Lebron James. All of these attributes should be extremely enticing for the Celtics who have already acquired Gordon Hayward.

Avery Bradley could potentially be the second best perimeter defender in the NBA following Kawhi Leonard. Despite somehow not making an all-defensive team this year, he was almost always placed on the opposition’s best player. He is also an underrated offensive player and doesn’t demand the ball. Unfortunately, his contract will run out next year allowing him to go into unrestricted free agency.

In my opinion, this trade was great for both teams. If I had to pick a team, I would probably go for the Celtics for the opportunities that they game themselves. Obviously, Bradley is the better player, but the Celtics would’ve lost him next year in free agency anyway. I also think Morris fits very well into the Celtics’ lineup at power forward.

Jamal Crawford to the Minnesota Timberwolves

I’m so disappointed in Jamal Crawford. He had a championship ring waiting for him in Golden State, but instead, he took a different road. He joined the Timberwolves. Don’t get me wrong. I think this is a great signing for both sides and he will fit very well in Tom Thibodeau’s system. The Timberwolves’ main weakness was their bench unit, so why wouldn’t you sign a three-time sixth man of the year.

Hardaway was one of the best restricted free agents left on the board. His return to New York is just what his career needs. He will play alongside Porzingis, Ntilikina, Willy Hernangomez, and potentially even more young players depending on if Carmelo Anthony is traded. I am a huge fan of Hardaway’s game, and I believe he will be a future sixth man of the year. His game reminds me of J.R. Smith’s so closely.