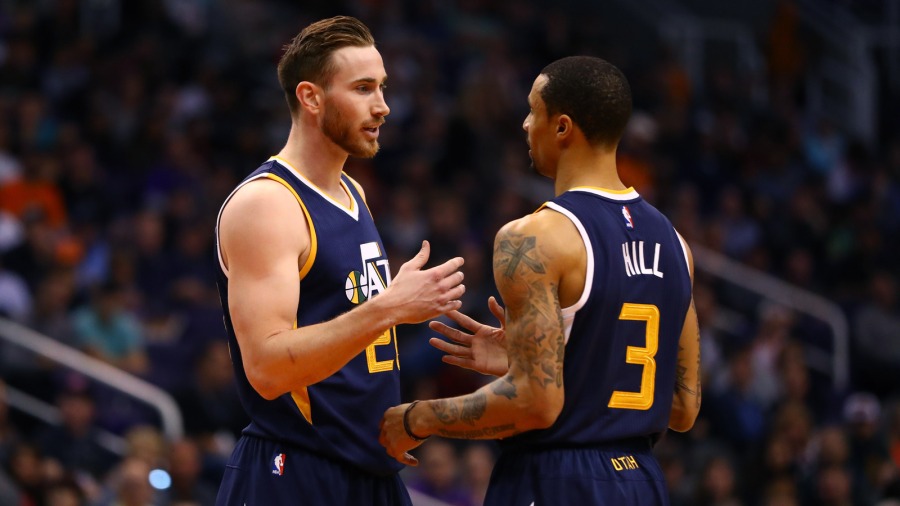 This was a very intense day of free agent signings. Some of the best players available finally came off the board, including two Utah Jazz stars. In terms of the moves the Kings made, I will have more articles coming soon talking more specifically about their fit on our extremely young and exciting team.

Damn. If this works out, it quite possibly could be the biggest steal so far. When Casspi played in Sacramento, he was one of my favorite players and I want to see nothing but success for him. Following the Demarcus Cousins trade that also moved him to the Pelicans, he struggled with injuries and couldn’t find consistent playing time. He would eventually be cut and was picked by the Minnesota Timberwolves. If he can get back into prime form, there is no reason why he can’t be an even better version of Brandon Rush for the Warriors.

I understand that Gallinari was involved in some kind of sign-and-trade deal with the Hawks and Nuggets but I don’t know all of the details and he was technically a free agent. I am very disappointed in the Clippers, however, who are desperately trying to stay relevant in the Western Conference. After leaving Chris Paul, they resigned Blake Griffin, took Deandre Jordan off the trade block, and signed Gallinari. With basically a 0% chance of winning the Finals next year, the Clippers should give it all up and tank a couple years. I also don’t know how Gallinari, who isn’t athletic enough to play a traditional small forward position, is going to fit with Deandre Jordan and Blake Griffin in a starting lineup. A move that didn’t make much sense overall, and probably shouldn’t have happened.

Gordon Hayward to the Boston Celtics

Gordon Hayward was the last elite free agency left on the board. I am super excited with the decision he made. Resigning in Utah is basically career suicide, and playing in Miami is going to take a little while to be serious. The fit is perfect. He gets the opportunity to reunite with former college coach, Brad Stevens and could potentially be Lebron’s newest rival. The Celtics’ current goal is to get past the Cavs, and signing Gordon Hayward is a giant step in the right direction. What is interesting, however, is that the Celtics just drafted Jayson Tatum who plays with a very similar style to Hayward.

George Hill to the Sacramento Kings

Not only did the Jazz lose their star player, but they also lost their starting point guard. The Kings gained a great three-point shooter and defender who is also an opportunistic playmaker. Because he signed with the Kings, I’ll have an exclusive article coming out at the end of free agency going over all of the Kings’ acquired free agents and their possible fits with the team.

This really is a perfect fit. The Thunder have always had a great point guard-center duo with Westbrook and Steven Adams. The acquisition of Paul George adds them a great third link of a potential big three. In past seasons, the Thunder experimented with a wide variety of power forwards stretching from shooters like Ersan Ilyasova to athletes like Jerami Grant. With none of them working out, the Thunder got what they really needed: a combination. Patterson is a perfect role player. He is athletic, can play inside or outside, is an above average defender, and seems like a great character in the locker room.

Zach Randolph to the Sacramento Kings

Not only did the Kings swipe away George Hill from the Jazz, but they also reunited Dave Joerger with Zach Randolph. Like George Hill, I won’t go too far in depth with a signing, as I am giving a full overview of the Kings’ free agency at the end. Stay tuned. I do like the signing though.

Mike Scott to the Washington Wizards

Mike Scott is not a very good basketball player, to be honest. He is a stretch four that can’t make shots consistently. He isn’t a good defender or rebounder. When his shot isn’t falling, he is basically just an extra body on the court. Maybe he can turn around his career playing alongisde an amazing playmaker like John Wall, but I don’t see this signing making a huge impact.