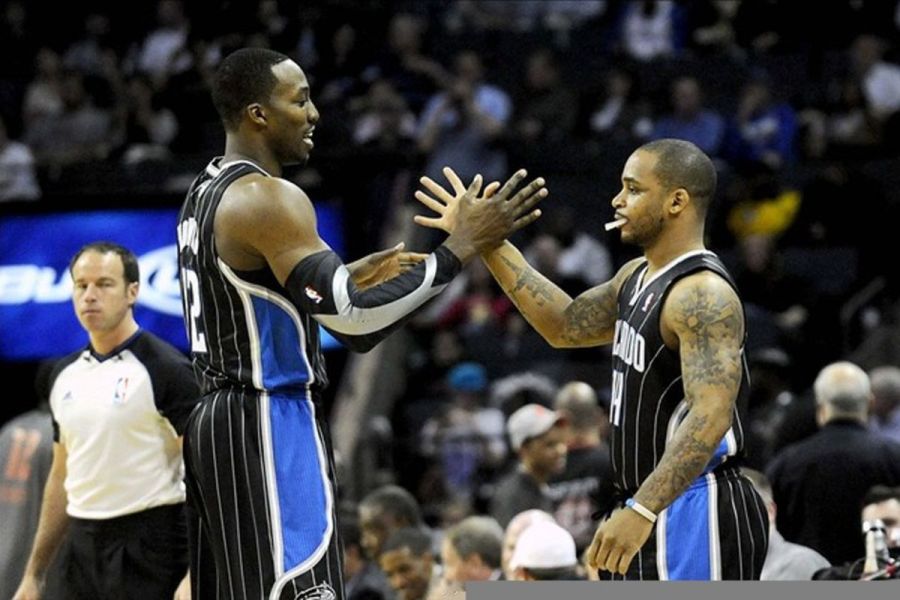 Penny Hardaway and Shaquille O’Neal were amazing together. Shaq even said in a 30 for 30 that he would’ve won more championships with Penny than he did with Kobe and that he regretted leaving. Unfortunately though, he did leave, and Penny Hardaway could never carry the Magic anywhere near the finals by himself. He struggled with injuries following his six year tenure with Magic where he averaged 19 points, 5 rebounds, and 6 assists.

Jameer Nelson was drafted to the Orlando Magic in 2004, right alongside Dwight Howard. They would play out their entire primes together until Dwight left for the Lakers in 2012. In those eight years they played together, Nelson was often considered one of the most underrated players in the league. His per game averages of 13 points, 3 rebounds, and 5 assists won’t jump out at you as an elite point guard, but that’s exactly what he was. He and Dwight Howard were each half of one of the greatest pick and roll duos ever.

Many people would argue that Tracy McGrady should be a Rocket, because he played there the longest and had the most success there. I disagree. McGrady’s hometown team, the Orlando Magic, is where McGrady had his best days as a player. In 2003 at the age of only 23 years old, McGrady averaged 32.1 points per game, which was both a league and a career high. McGrady is well known as one of the best scorers in NBA history, and he was able to score as much as he wanted in Orlando.

Hedo Turkoglu was a huge piece of Dwight Howard’s Magic teams. Most of which consisted of Dwight Howard, Jameer Nelson, and shooters. Hedo Turkoglu was the best of the shooters on these teams, as he shot over 38% from three during his career. He was always the third option on offense. He averaged almost 15 points per game in Orlando, and hit many clutch shots in the playoffs.

Dwight Howard is another one of my personal favorite players. It’s unfortunate how is career has fallen downhill after leaving Orlando, but he should still be recognized for singlehandedly leading his team to the NBA finals. He averaged 18 points, 13 rebounds, and 2 blocks while being the centerpiece of a team for almost a decade. He is one of the flashiest dunkers in NBA history, especially at the center position. After leaving Orlando, he has received a lot of hate and criticism, yet he was one of the best players in the league for a couple years.