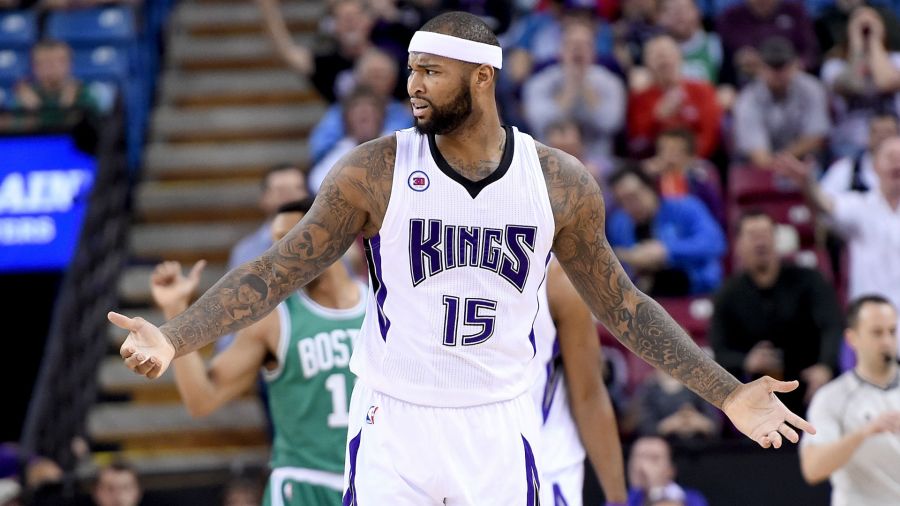 This was all supposed to be in my previous post about the all-time Kings’ starting five. I am so passionate about Demarcus Cousins that I needed to make a separate article just for him. Enjoy and read the previous article to see the rest of the Kings’ guys.

Okay. I’m sorry. This is gonna be long, but my love for Demarcus Cousins as a basketball player goes much further than him just playing for my hometown team. The amount of unfair criticism he gets will never, EVER, be matched by another player. How many players in history have managed to average 20 points,  11 rebounds, over 1 steal, and over 1 block in their first 6 seasons? The answer is three; only three players have managed to put up these stats: Hakeem Olajuwon, David Robinson, and of course, Demarcus Cousins. This may seem unbelievable to most, and that brings me right into my next point.

Demarcus Cousins is constantly disrespected by coaches, refs, the media, and even his own fans. As one of the largest men in the NBA, when he creates contact it often appears that he is fouling the opposing player, and refs are very quick to call this. Because of these frustrating calls and the fact that even the fans of his own team dislike him, he gets heated and occasionally will say something often portrayed as “immature” by the media. Demarcus Cousins is 26 years old now and is definitely not immature. He is a human being, and he makes mistakes just like the rest of us. Unfortunately for him, a false reputation of being a bad person was given to him by people in the media that don’t know anything about him.

The idea that Demarcus Cousins is “cancer” to a team kills me everytime I hear it. His teammates genuinely like being with Demarcus on and off the floor, but the media shows the side of Cousins that gets suspended due to techincal fouls and yelling at coaches, rather than showing what really goes on behind closed doors. Garrett Temple once said “He’s a great guy who was put in the worst situation possible – the worst” Rajon Rondo said Demarcus is “the best big man in the NBA.” See? His teammates do appreciate playing with the best big man in the NBA since Shaquille O’Neal.

As you can tell, Demarcus Cousins was, is, and always will be my favorite NBA player. I still remember that everytime I got to Cousins play in Sacramento, that he did something spectacular. Unfortunately, all great things must come to an end, including Cousins’ career in Sacramento.