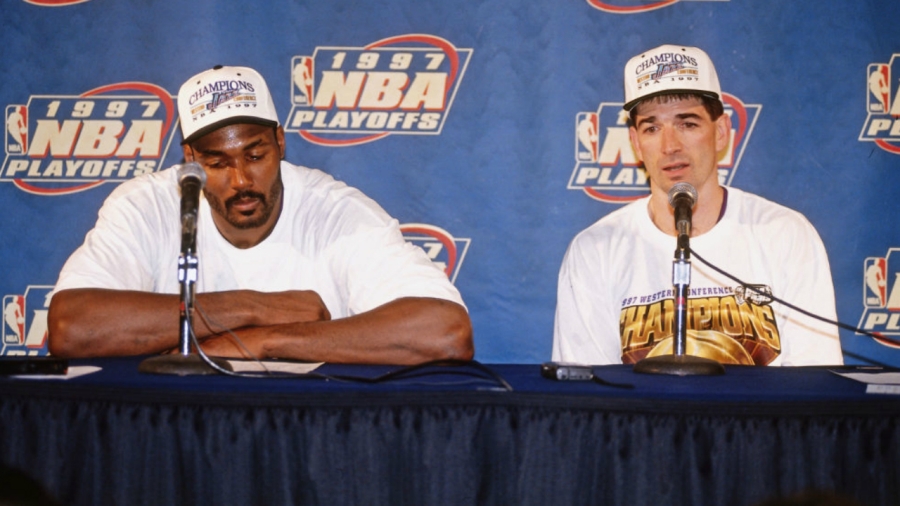 After four years of ridiculous volume scoring for Maravich in Atlanta, he decided to join the New Orleans Jazz who would eventually relocate to Utah. Though the hall of famer may not have had tons of playoff success in his career, he reminds me of a much older Tracy McGrady. Like McGrady, Maravich’s athleticism and scoring ability were both elite in their primes, despite not being able to win consistently with a franchise. Maravich only played 6 seasons with the Jazz, averaging 25 points and 6 assists per game.

Though this may seem surprising, Gordon Hayward has a legitimate shot at being the third best player in Utah Jazz history. He lead this young Jazz team to the playoffs for the first time this year in 2017, and looks to do so many more times in his career. The only thing holding him back however, is the opportunity to join a contender or a team in a higher market this offseason like the Celtics or Heat. Hopefully for the Jazz this will not occur, and Hayward will continue to make his case as one of the best forwards in the league playing in Utah.

Karl Malone has the second most points in NBA history, only trailing Kareem Abdul-Jabbar. Nicknamed the mailman, he was part of one of the greatest pick & roll duos of all-time with 18-year teammate, John Stockton. He and Stockton gave Michael Jordan some of the most trouble he ever experienced in the finals, despite not ever winning a championship ring. Karl Malone will most likely go down as not only the best Jazz player of all-time, but also (in my opinion) as one of the best power forwards of all-time as well.

People all over the NBA rave over the shot-blocking ability of Hassan Whiteside, Rudy Gobert, and Deandre Jordan. Mark Eaton’s low post defense trumps all of theirs easily. Despite only playing 10 years in the NBA, Eaton racked up over 3000 blocks, averaging 3.5 per game! Whiteside averaged 3.7 blocks per game in the 2015-2016 season. Imagine him doing that for 10 years straight (which he already failed to do as he averaged 2.1 this season). That would be similar to the kind of production Utah got out of Mark Eaton.