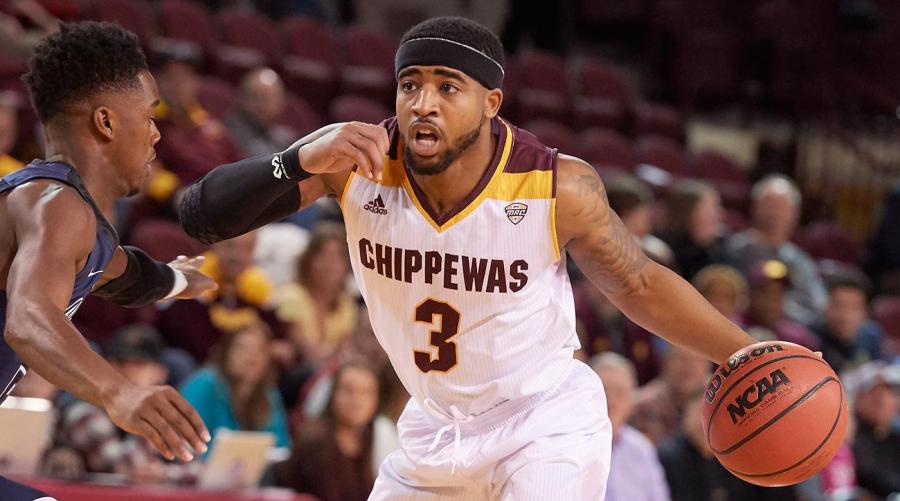 Since 1985, only 11 D1 players managed to average over thirty points in an NCAA season. One of which, was 5’9 Central Michigan guard, Marcus Keene. Keene is among many other young basketball players that might not hear their name on draft night, even though they may deserve it.

This past season, Marcus Keene averaged 30.0 points, 4.9 assists, and 4.5 rebounds despite his very undersized 175 pound frame. He also shot 37% from three and 45% overall. I understand that Keene did play at a mid-major school and didn’t play against the best talent, but you can’t ignore his scoring ability and college development. Keene spent his freshman and sophomore years at a small school in Ohio, Youngstown State. He transferred to Central Michigan due to him not fitting in with his former school’s system. He doubled his point production every year, showing that his improvement isn’t over and that the sky is the limit for his potential at the next level. Also, his combination of shooting range, ball-handling, and craftiness around the rim shows a lot of qualities of NBA champion, Kyrie Irving. He also uses the Irving’s signature fadeaway on three point shots to create space. If Marcus Keene isn’t drafted, he could be signed to a summer league contract, and continue to score at an elite level earning himself an NBA contract, similar to how Seth Curry got his with the Kings.

Marcus Keene isn’t the only stat leader often being overlooked. Purdue big man, Caleb Swanigan was the nation’s leader in rebounding, defensive rebounding, and double-doubles this season. The also somewhat undersized power forward showed so much spirit and heart when rebounding, that he would be a great energy player for any team at the next level. He has also showcased the ability to post up smaller players, hit mid range shots regularly, and get to the free throw line at will. Though his draft stock is notably higher than Keene’s, there aren’t many mock drafts seeing Swanigan go in the top 40, even though he could provide rebounding and energy for a contending team like the Celtics or Cavaliers right now.